As I blogged a week or so ago (Paws Across The Sea) we’ve had a few emails from the US commenting on the blog and how descriptions of Louis’ behaviour (and inertia) remind them of their Rhodesian Ridgeback’s behaviour.

Elena, a friend of Lily’s who has a 7 month old Ridgeback called Ari has sent over a few photos of her hound so here they are.

First of all here’s Ari on his throne; Ridgebacks definitely view chair and sofa ownership as a divine right.

Secondly here’s Ari adopting a fine photographic stance. It’s a great photo. (We get lots of great photo opportunities with Louis but he’s attuned to the sound of the camera shutter opening when we turn it on and that prompts a change in his pose; just to be awkward in my opinion.)

Lastly here’s a great shot of a younger Ari lying down on the sofa. The surprise for me is the intact toy in the background. If that was here the toy would have to be only minutes old as, within 10 minutes, Louis would have turned it inside out.

In Elena’s emails she also describes Ari’s eating habits and his “whilst the biped(s) are eating” habits and it made me smile. Elena doesn’t mention dribble – just this evening I almost did the splits in the kitchen having encountered one of Louis’ drool-deposits.

Thanks Elena and Ari! 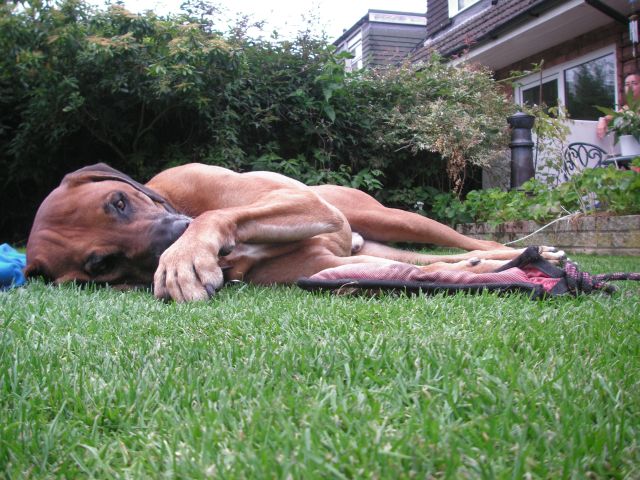 We’ve been busy this week emptying the garage and clearing the sheds in anticipation of the move; fingers crossed still. It’s been […] 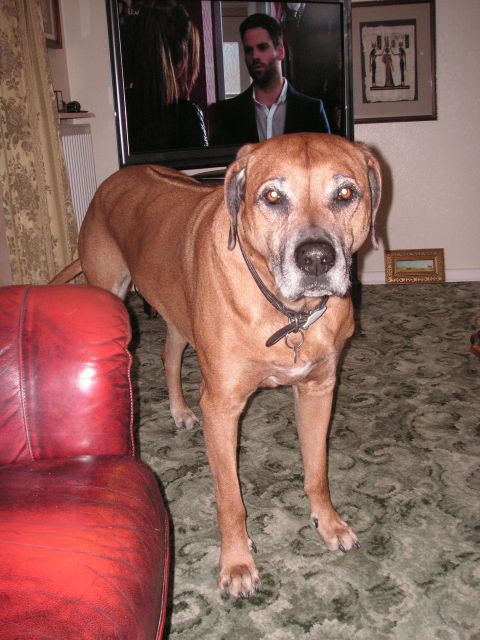 Louis is a creature of habit with an internal clock that defies belief. We had a family crisis the other day with […]

We took a day trip to Hardraw today – hopefully we’ll get to go camping there in a month or so. Every […] 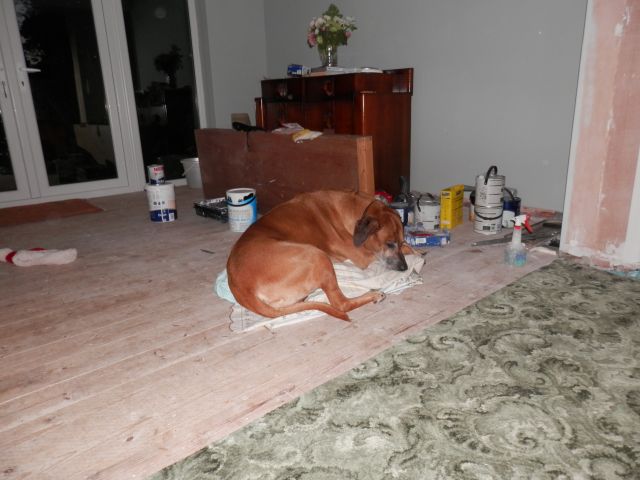 One thought on “Sofa Specialist”