I’m off with man-flu and the weather is glorious so I’ve been watching Louis hounding Sue in the garden. Today was pond filter cleaning day (we’ve a 10,000 litre Koi pond in the back garden). As soon as the drain valve was opened Louis could smell it and raced to see what was happening as the water was emptying into one of the borders. As the water was flowing Louis had to dig at it to see what was going on so he ended up covered in mud. Cue the arrival of the post man who Louis must say Hi to through the front window. End result: muddy foot prints through two rooms and a sofa with paw prints all over it.

Whilst it’s sunny and warm by UK standards it’s by no means scorching. Unfortunately that bit in Louis’ Ridgeback genes that makes him tolerant to heat doesn’t work properly and he does his best to keep out of the sun. However, if something is going on out there he has to be involved. If ever I’m doing an odd job that involves a trip to the garage then, even if he’s asleep, you can’t get out of the patio doors before there’s that familiar “pad, pad, pad” noise of his paws on the floor as he follows you out. 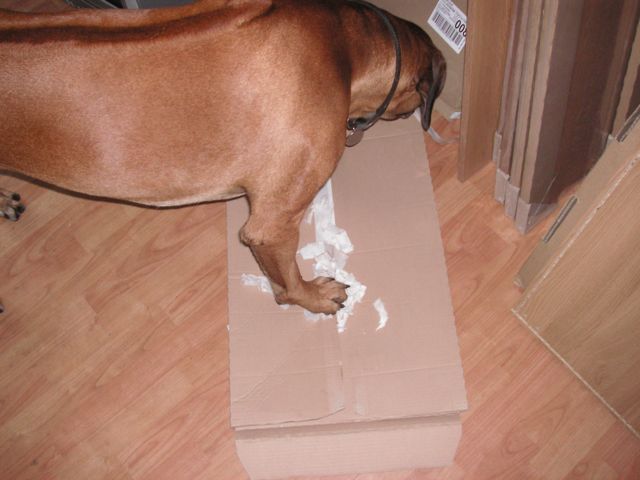 The work in the kitchen continues and we’re getting closer to the end of the project. Louis has been a constant “help” […] 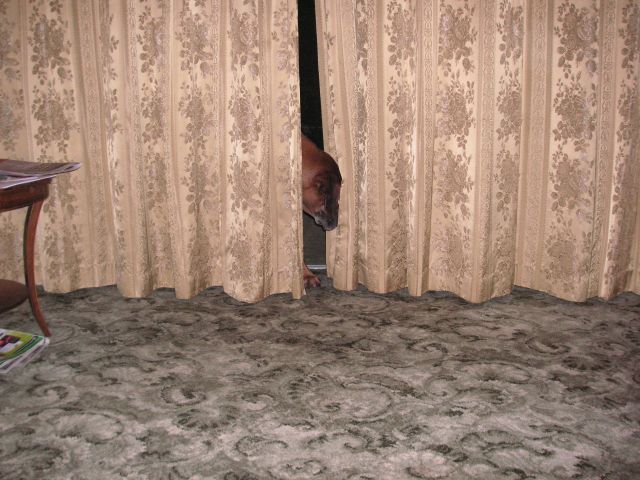 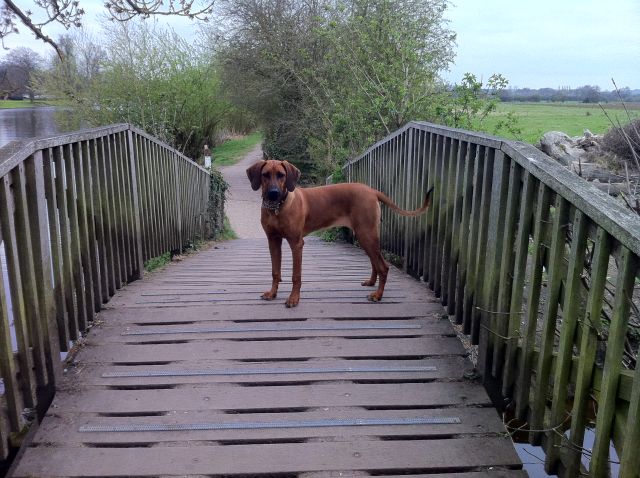 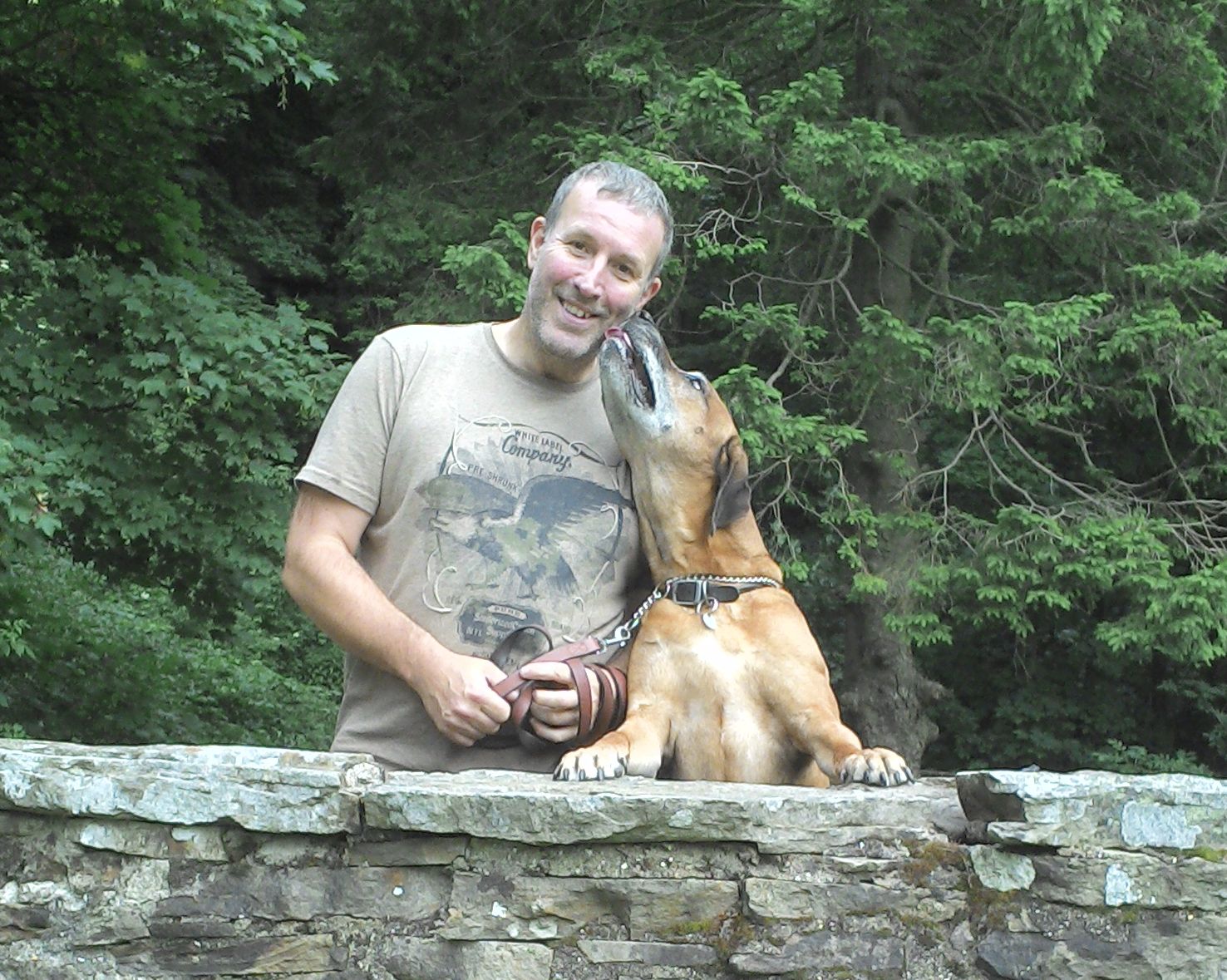 We took a day trip to Hardraw today – hopefully we’ll get to go camping there in a month or so. Every […]